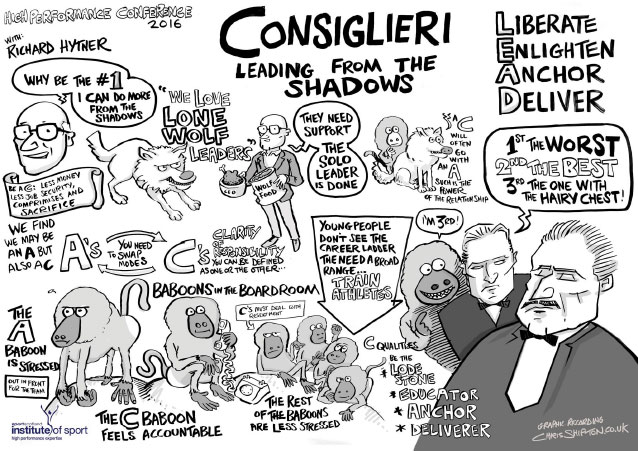 On the Road to Rio, Sport Scotland, the national agency for Sport, gathered stakeholders in Scottish Sports’ success in Dunblane to focus on driving high performance.

Not the environment in which to over index on the carbs.

Richard never made a first team at sport (according to his personal trainer, former javelin thrower Matt Bamford, this might be true of many coaches) But he can identify with some of the sacrifices coaches, support acts to elite performers, have to accept: less cash than their protagonists, less status, almost certainly less job security (the caddy is typically the first to go after a succession of lousy rounds) and, depending on the character of their performer, less courtesy too.